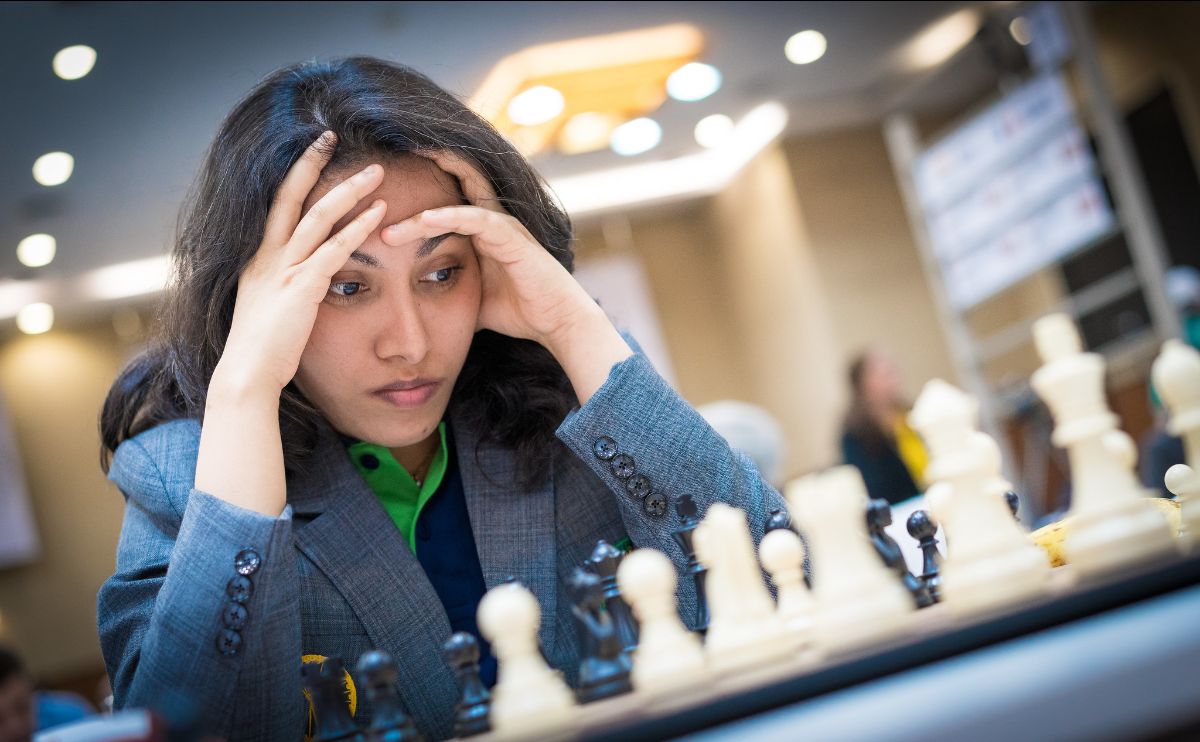 The star- studded USA Team given top billing was held to a sensational draw by Uzbekistan while second seed India A Team also had to stay content with a draw against France seeded 15th.  India B Team continued with their impressive display by defeating Italy with a 3-1 score. The India C however went down fighting to higher rated Spain 1.5-2.5 score. Fifth seed Poland was held to a draw by Romania.

Gukesh played a fantastic game against Daniele Vocaturo who had held Magnus Carlsen to a draw yesterday. In a Queen’s Gambit Declined game Gukesh went on a pawn grabbing spree with tactical strokes and pocketed the point after 34 moves when his Queen, rook and bishop surrounded his opponent’s king.

The Matthieu Cornette versus Arjun Erigaisi encounter in a Sicilian Defence was rather a quick affair, both in terms of time and moves with both players keen on exchanging pieces and steering the game towards a draw by repetition of moves on the24th turn.

The Ruy-Lopez game between Jules Moussard and Pentala Harikrishna was also fast paced with pieces flying off the board at a furious pace. By the 28th turn the game quickly had transposed into a rook and pawn ending with Jules having an extra pawn, albeit all his 4 pawns disconnected, while Harikrishna had three connected pawns on the King-side.

In a Scotch game it was more a testing of theory between Surya Shekhar Ganguly and former World Championship challenger Alexei Shirov. Both players appeared intent on quick liquidation and called it a day with a shared point after 37 moves. By then all life had squeezed out of the position with each having a rook and 4 pawns each.

Raunak Sadhwani  opted for the Nimzo Indian defence against  Francesco Sones and this encounter too ended in a draw without much fanfare after 30 moves with each player having a bishop and identical number of pawns.

Complete results for round 4 can be found at the official website for the Olympiad, https://chennai2022.fide.com/open-results.

Standings after round 4 can be found at
https://chennai2022.fide.com/open-standings