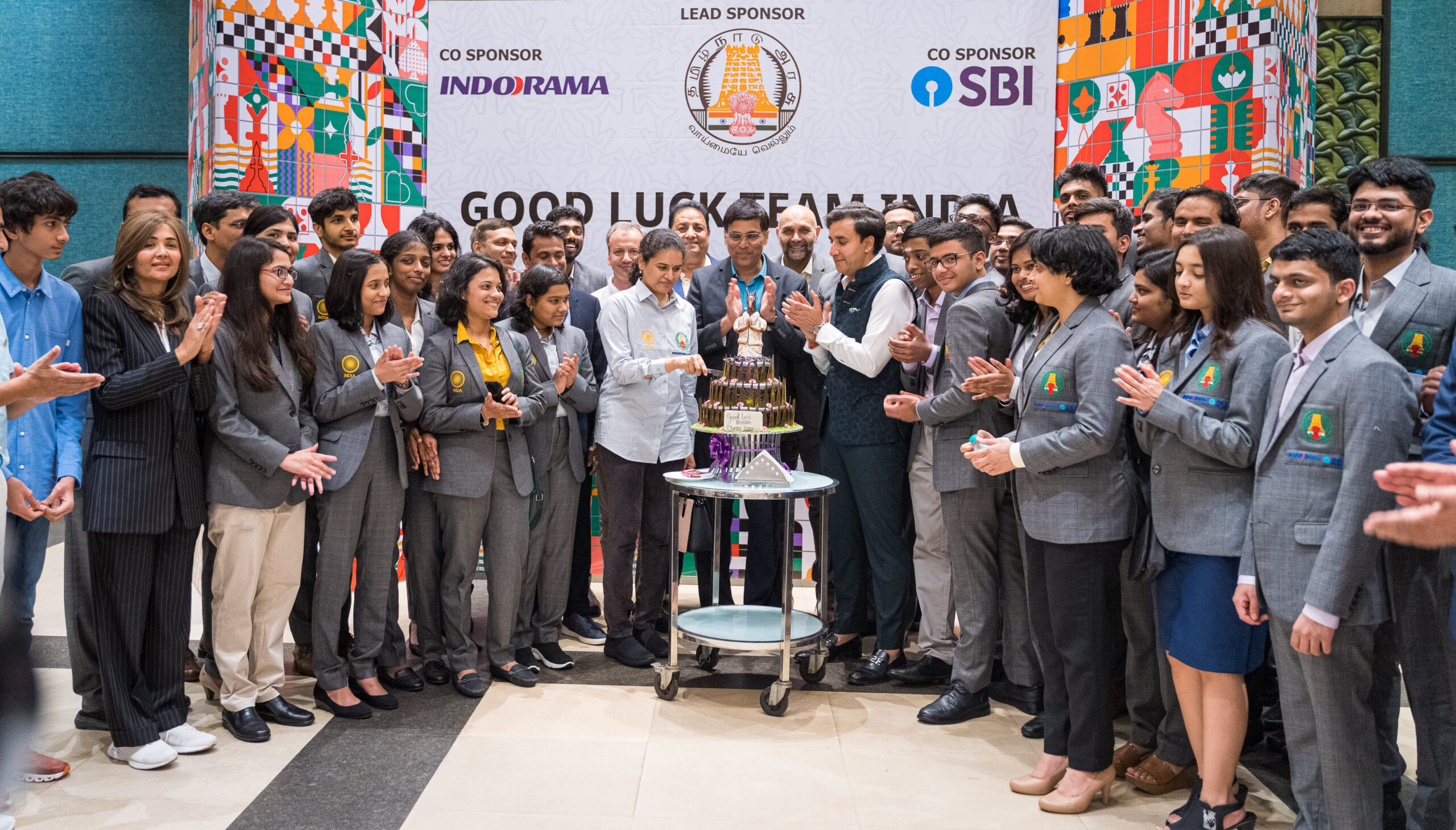 The regulations of the Olympiad allow the organizing country to field two teams in each section: open and women’s, while the rest of federations only get one each. However, in the case of an odd number of teams, the organizing federation of the event may include a third team in each category. Therefore, it’s no surprise that India has no less than three teams in each category

All of them have dined together this evening at the Mahabalipuram Radisson Hotel in an event organized by the All Indian Chess Federation, under the watchful eye of the five-times World Chess Champion and national legend Vishy Anand. You can’t get much better than having the Indian chess mentor to give the final push to the aspirations of this group of brilliant players. 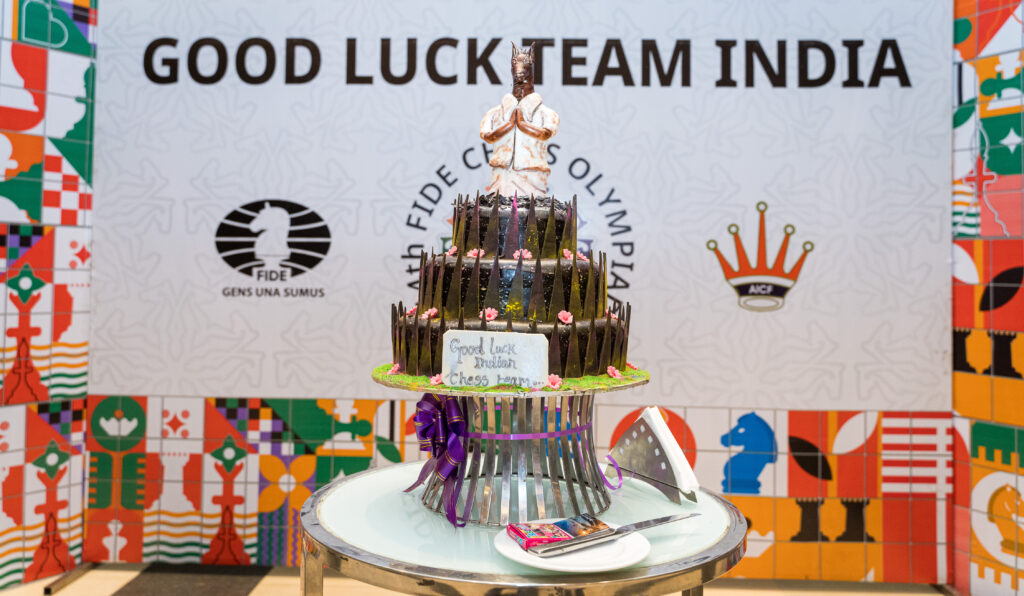 Special Cake with Thambi over it! 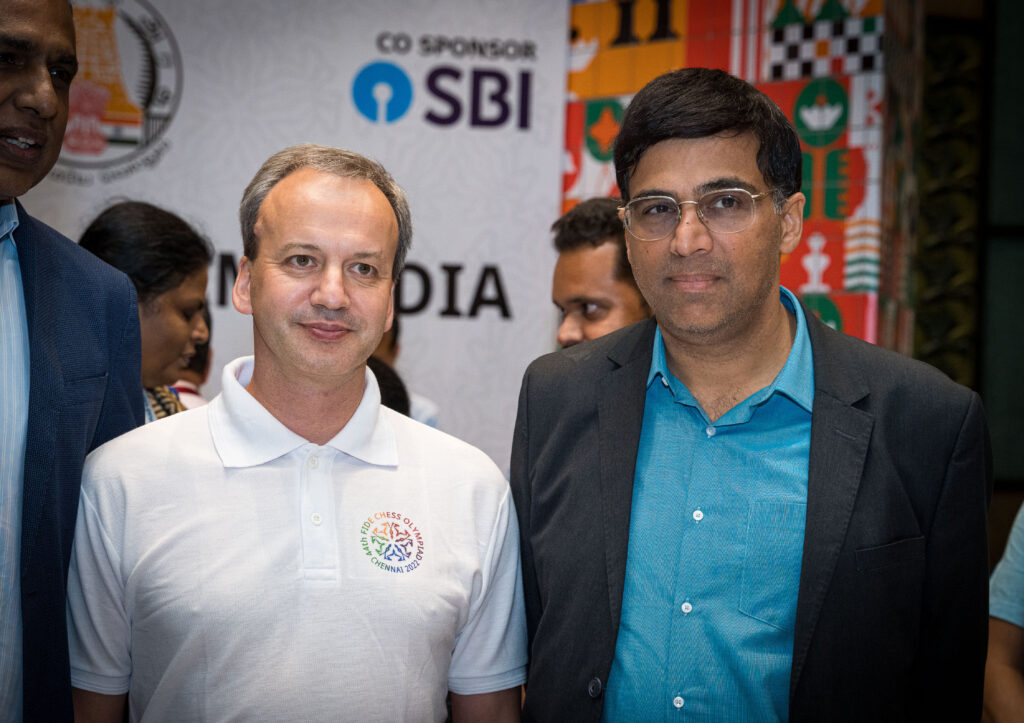 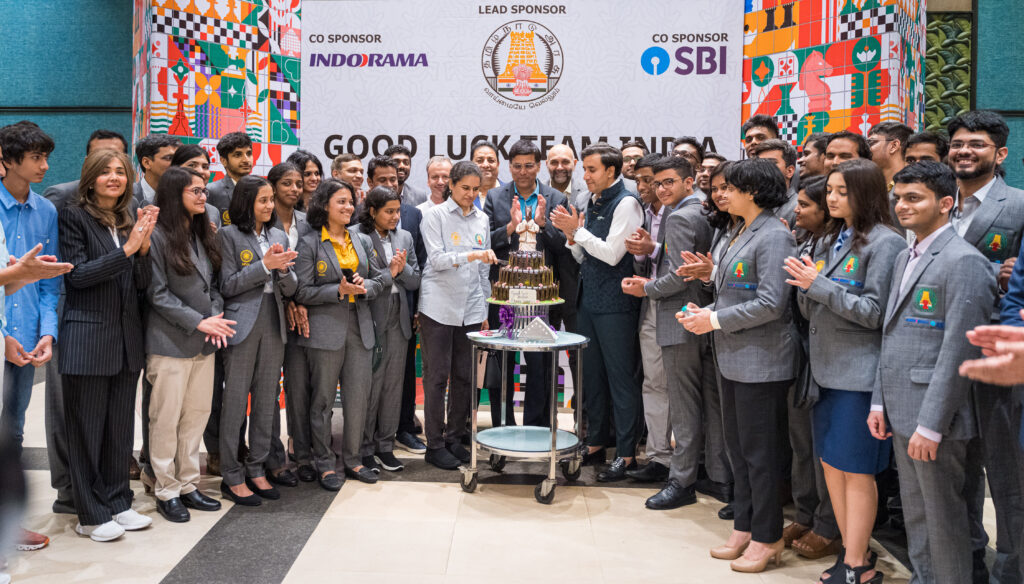 At the end of the evening, the entire team cut the Olympic chocolate cake while individual and group team photos were shot for posterity.

It should be remembered that the Indian team is first seed in the Women’s section while in the open category India 1 is second seed and the very young India 2 team starts the event in eleventh place over 180+ teams. Nonetheless, even the current World Champion Magnus Carlsen has declared that the team composed by GM’s Sarin, Gukesh, Adhiban, Praggnanandhaa and Sadhwani might be the dark horse for the medals…