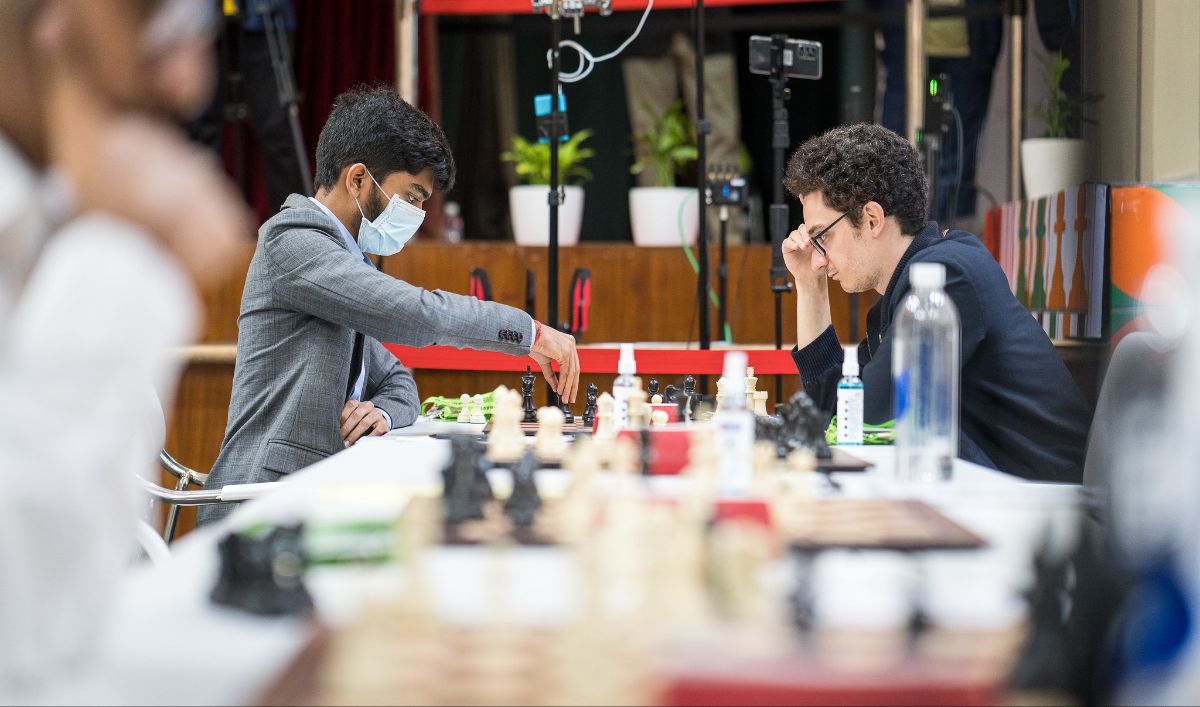 Top-seeded USA, who have struggled to hit any semblance of form, already drawing two matches, were beaten 3-1 by India B, a result that might have ended all hope for Gold.

USA fielded their strongest line-up, Fabiano Caruana, Levon Aronian, Wesley So, and Leinier Dominguez Perez, each of who have been on the top board for their previous countries in other Olympiads and who have the same standing in practically every team now playing.

They were up against Indian B, who had a collection of the very best young players, a group of generational talent that looks to dominate world chess in the years to come, and these four, D Gukesh, Nihal Sarin, Praggnanandhaa R, and Raunak Sadhawani, were all fielded.

It was no hold-barred fight between Caruana and Gukesh, where with 23 Nxg5 and winning three pawns for a piece would have to keep up the pressure against the young Indian who had in earlier games scored seven successive wins in as many games.

Caruana instead started to play on the queenside, and while he could not exploit the weak pawn on c6, his a-pawn became a target and was soon lost.

Play then switched to a kingside attack, but Gukesh was ready to exchange blows, accepting the Knight sacrifice on move 37, then hitting back with 38… Bxg4 and was wining despite having a seemingly exposed King and after a few more desperate moves, Caruana had to resign.

A powerful performance by the young Indian who has moved into the top twenty rankings and is the new No. 2 ranked player in India.

On board two, Nihal Sarin held the drawn easily against Aronian, whose attempt at active play with the black pieces, as in previous games, quickly fizzled out and on board three, So, despite having white, did not seem interested in trying too hard against Praggnanandahaa and would maybe even have been relieved the drawn was accepted when a pawn down.

Raunak is the least known of the young Indian talents in India B and chose to announce his arrival by simply wiping the until then solid and reliable Dominguez off the board. The offer of a piece with 21 Nd4 was accepted and was followed by a build-up of a series of attacking moves that black could hardly parry, and soon the piece was recovered. Black’s mistake with Nd5 in a position already two pawns down allowed a pin motif that tied down the pieces with resignation soon following.

Complete Round 8 results for the Open competition can be found at
https://chennai2022.fide.com/open-results

Standings after 8 rounds of the Open competition can be found at:
https://chennai2022.fide.com/open-standings 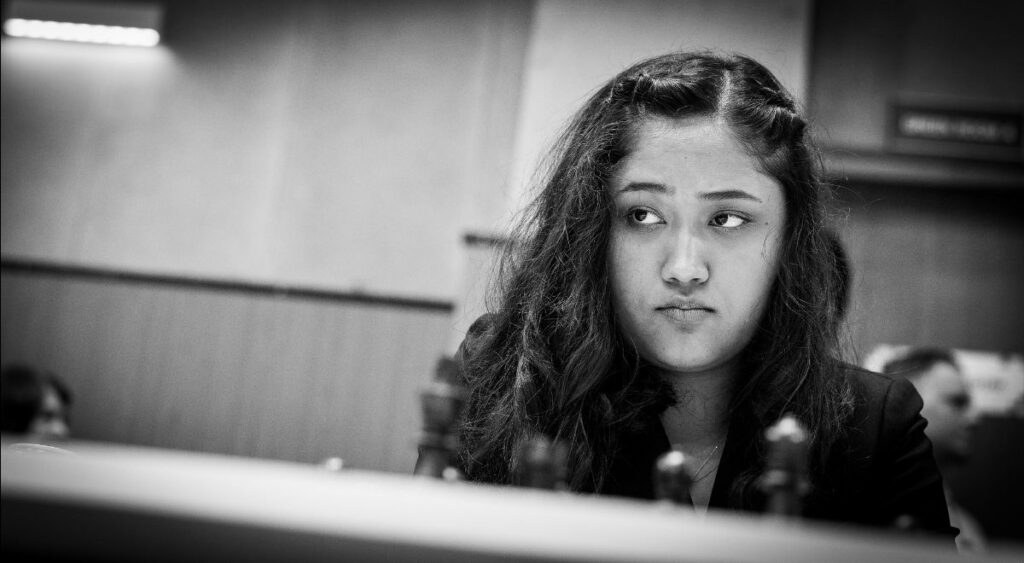 It was a 2-2 draw for the USA against Czech Republic.

On top board, after drifting in a worse position with little play, Gulrukhbegim Tokhirjonova sensibly took a draw by offering a repetition of moves against Julia Movsesian.

It was much the same for Irina Krush against Joanna Worek.

While Clarissa Yip was able to win by targeting the doubled centre pawns created by Kristyna Petrova in her haste to simplify into an endgame into a breakthrough on the kingside and her Rook to penetrate the seventh and eighth ranks.

Anna Zatonskih made a series of positional errors against Anna Marie Koubova and her then pursuit of a direct attack with the speculative 21… Re5 thrown in was well refuted by a combination that reached a simple winning endgame, and despite her opponent making a mess of it, the logical result was finally reached.

Complete Round 8 results for the Women’s competition can be found at
https://chennai2022.fide.com/open-results

Standings after 8 rounds of the Women’s competition can be found at:
https://chennai2022.fide.com/open-standings