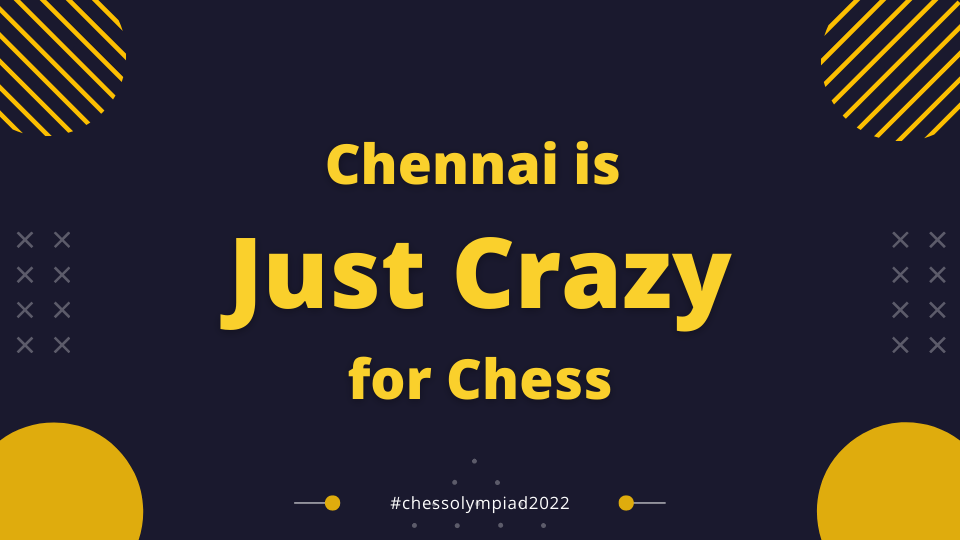 During dinner last night with some colleagues from the organization, I was curious about the reason why Chennai, until 1996 known as Madras and deemed by many as India’s chess capital, had been chosen as the venue for the Olympiad, instead of any of the other huge Indian cities.

Perhaps because of the hotel infrastructure and local government support? Maybe because of the weather on these dates? For being the birthplace of five-times World Champion Viswanathan Anand and many other of the best national players?

Although I am sure that all of these factors were definitely taken into consideration, the frank and matter-of-fact answer was: “Chennai is just crazy for chess”. 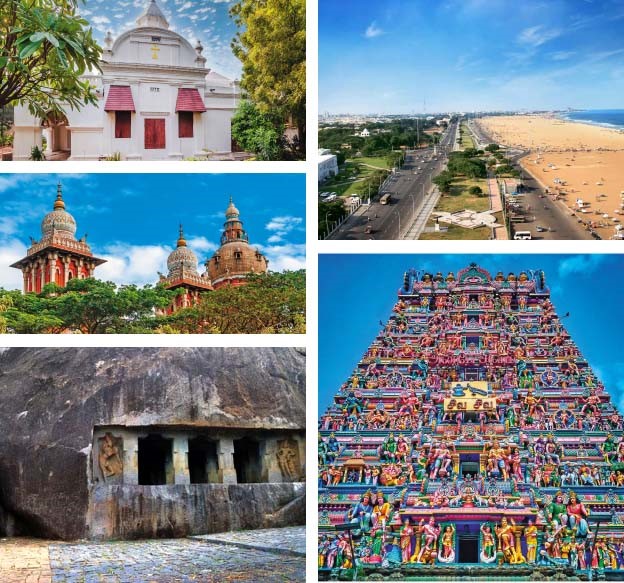 The city is not unknown for organising first magnitude chess events. As well as hosting many local and national tournaments each year, Chennai was the venue for the 2013 World Championship match between Magnus Carlsen and Vishy Anand.

Located on the Coromandel Coast in the Bay of Bengal, the capital of the Indian state of Tamil Nadu is the most important cultural, economic and educational centre in South India and one of the fifty most visited cities in the world.

The venue for the tournament is the Four Points by Sheraton Mahabalipuram Resort & Convention Centre, located in Mamallapuram, a major tourist destination about 60 km south of Chennai.

The organizing team of the event, led by Bharat Singh Chauhan, general secretary of the All Indian Chess Federation (AICF) and Tournament Director, is demonstrating a tremendous work capacity on a daily basis worthy of applause. 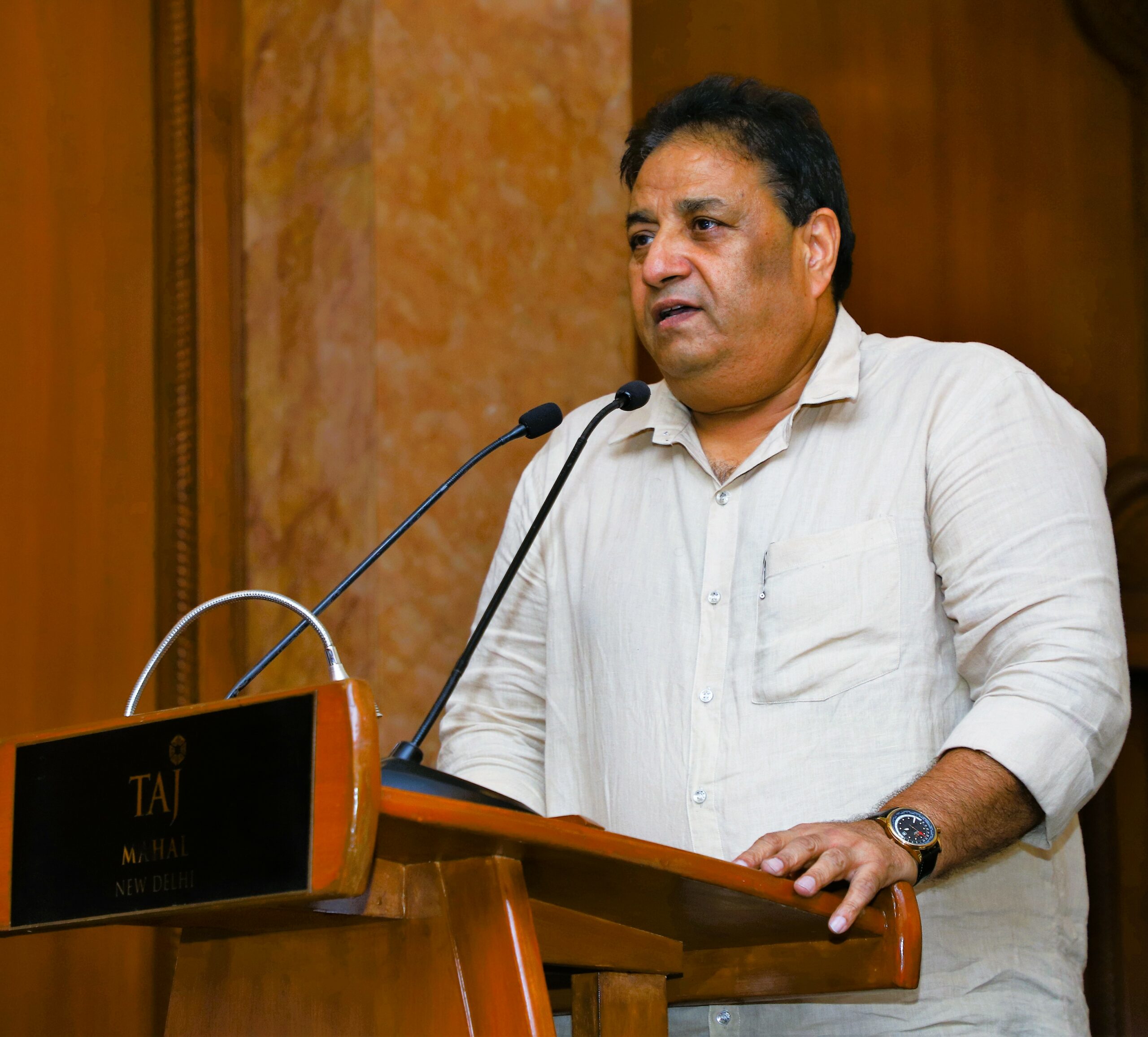 In a relatively short time, the 4 Points Sheraton convention centre has been refurbished as the main game hall, where fifty of the four-game top-notch matches will take place, both in the open and women categories.

However, due to space considerations, a huge secondary venue has also been built from scratch, a giant building where the other 300+ team matches will be played. More than enough for the 1,733 players who are currently preparing their trip to the most important chess event of the year. 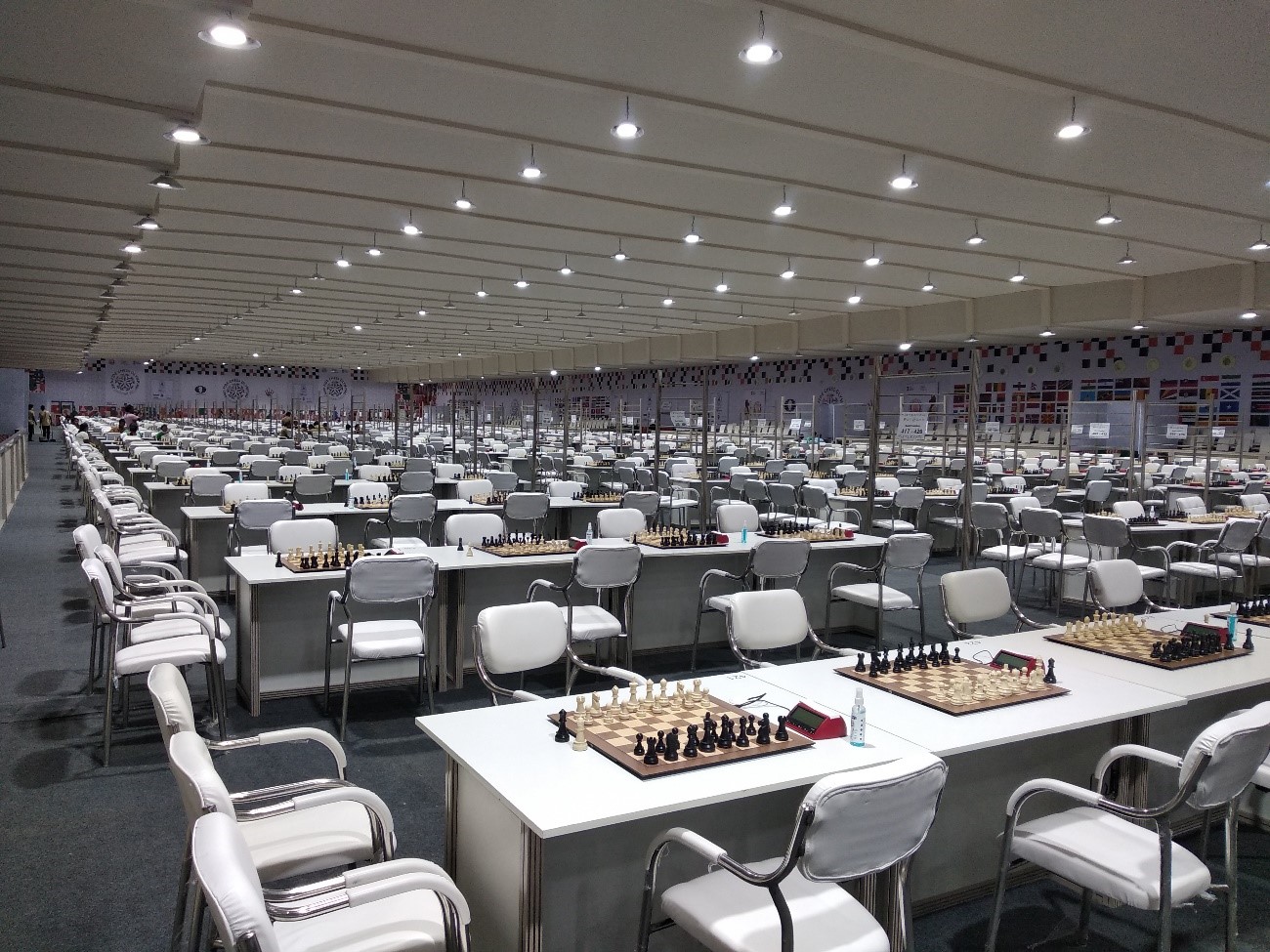 In order to test out the facilities, the AICF organised yesterday the “Olympiad Curtain Raiser Rapid Tournament”, which was held in the two playing halls. I personally witnessed the massive open, with the participation of 1414 players, most of them young kids.

Arbiters, volunteers and staff in general were able to practice their organizational skills, and sort out all the minor problems before the main event – a great idea that I am sure many chess tournament directors will take into account.

All the games in this open – more than 700 each round – were broadcasted live using electronic chess boards, making this event the largest event ever where all games were played on electronic boards – a feat to be repeated daily from now on.  GM Vishnu Prasanna took away the tournament with a perfect 9/9 score.

In addition to the playing venue and hotel infrastructures, the Olympiad is a meeting point for the chess community. For this reason, many auxiliary pavilions have been arranged to enjoy everything that is not specifically competition. FIDE has designated 2022 as the Year of the Woman in Chess and one of the most decorated pavilions is the “Queen’s Pavilion” where “chess moves ahead”. 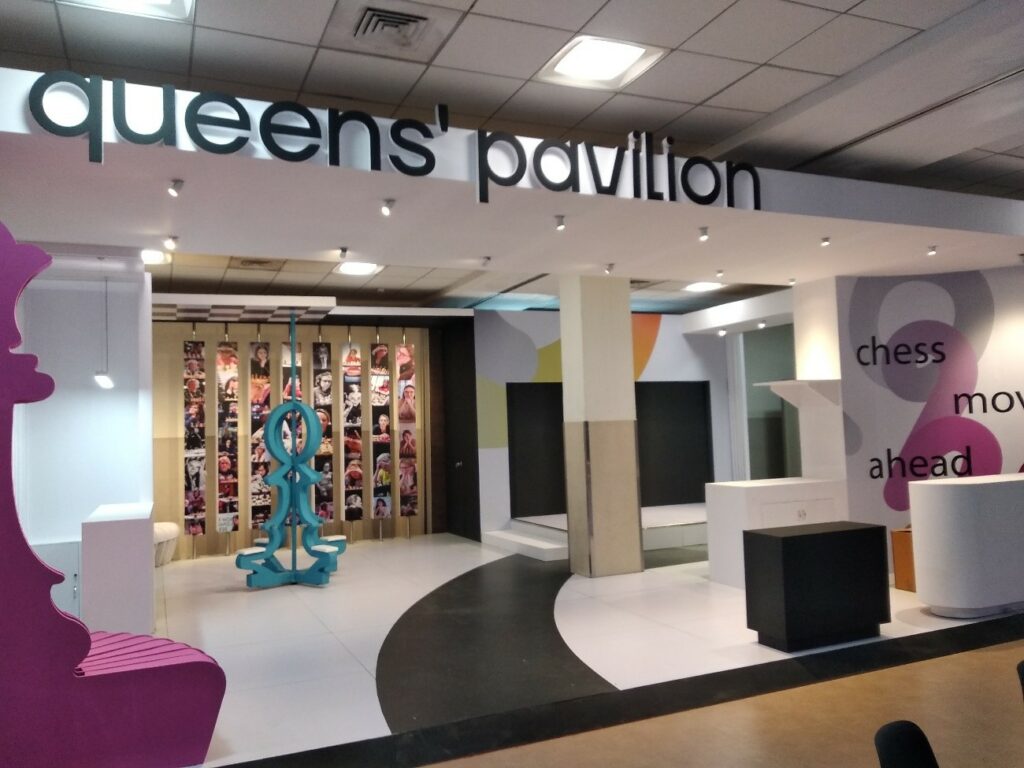 Although most of the 350+ teams will be arriving on the 27th of July, some early birds have already made their appearance. The first team to arrive was Madagascar: they landed on the 23rd and were received in great style by members of the organising team.

The buzz I personally experienced at the airport on arrival was something out of the ordinary: both main arbiter Laurent Freyd and myself – we travelled from Paris together – were treated like rock stars! 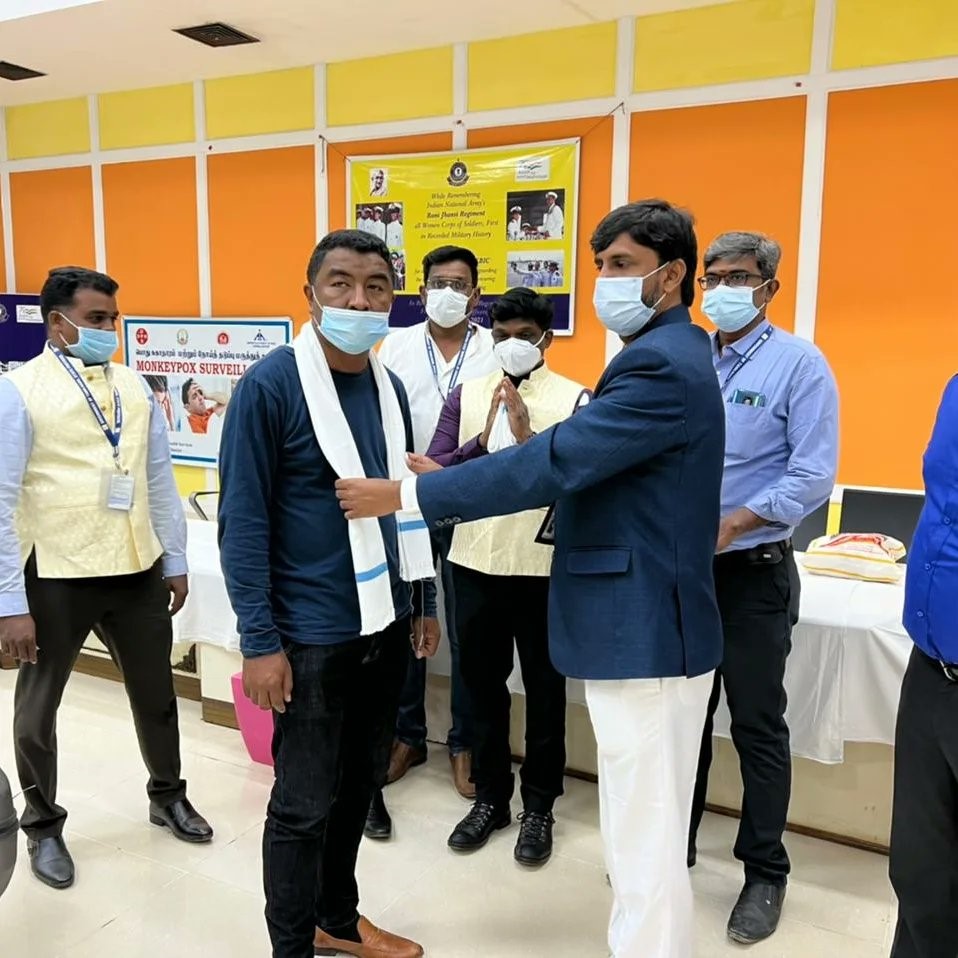 More information, team composition and pairings, live games and PGN files can be found on the official 44th FIDE Chess Olympiad 2022 website in addition to a great amount of other interesting information such as daily videos, a complete photo collection and other useful data.