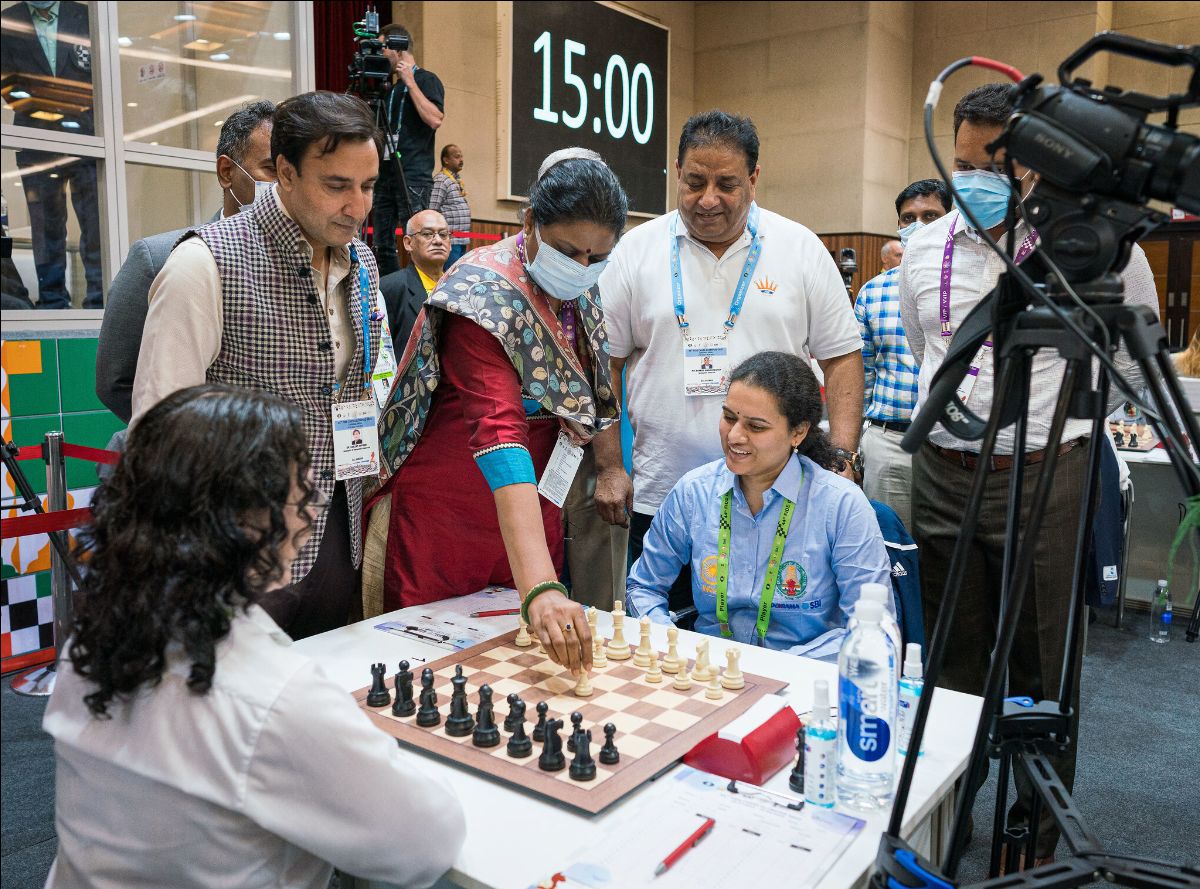 Favourites fumbled in the second round of the Women’s section of the Chess Olympiad, with former Women World Champion Mariya Muzychuk of Ukraine crashing to defeat against Ekaterina Atalik and India’s Koneru Humpy forced to split point against much lower rated Marisa Zuriel of Argentina. All the three Indian Women’s Teams won their matches but not with the desired perfect scores. However, these were individual upsets while the top 20 seeds remained unscathed at the time of going to press.

Azerbaijan, Armenia and Romania were the teams in the top 20 rankings which whitewashed their opponents with a 4-0 score. This event is a 11 round Swiss league one where four players are fielded for each round.

R Vaishali, Tania Sachdev and Bhakti Kulkarni scored victories for the India A Team to score a 3.5-0.5 victory against Argentina. India B Team defeated Latvia 3.5-0.5 with Vantika Agrawal, Soumya Swaminathan and Mary Ann Gomes soring victories and Padmini Rout conceding a draw to Nellija Maklakova. The India C Team beat Singapore with  a 3-1 score with Eesha Karavade and P V Nandhidhaa scoring victories and Pratyusha Bodda and Vasnawala Vishwa being held to draws.

Marisa Zuriel opted for the volatile Benko Gambit against Humpy who skipped the popular continuation without accepting the gambit. A blocked position with little headway had Humpy settling for a draw after 44 moves with each having a queen, a rook and opposite colour bishops with identical number of pawns.

Tania Sachdev who was stretched for more than 100 moves yesterday scored a quick victory against Anapaola in a Grunfeld game which lasted 36 move after her queen, rook and knight set up a checkmating net.

P V Nandhidhaa playing for India Women C Team was involved in a Pirc Defence game against Emmanuelle Mei-En and crafted a neat victory with strongly placed pieces and an extra bishop. The game lasted 34 moves..

Complete results for round 2 can be found at the official website for the Olympiad:
https://chennai2022.fide.com/women-results