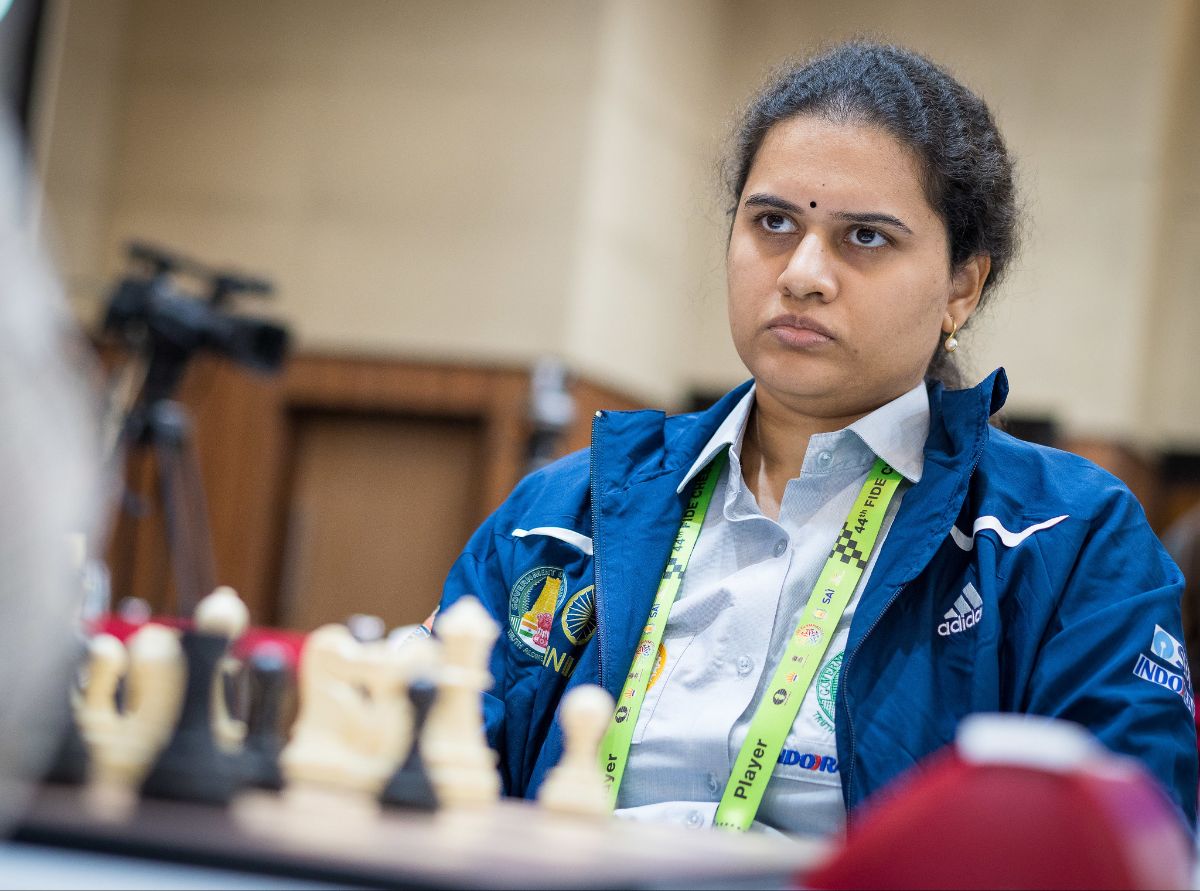 The India Women A Team victory march was halted with a 2-2 draw against second seed Ukraine, boasting of two former Women World Champions In Mariya Muzychuk and Anna Ushenina. All the four encounters ended in deadlock and India A still continues to be in charge of the sole lead with 15 points while Georgia has inched closes with 14 points. Ukraine, Poland, Bulgaria, Kazakhstan and Mongolia are bunched together in the third spot with 13 points each.

The encounter between former Women’s World Chess Champion Mariya Muzychuk and Koneru Humpy was a much-awaited one where the former opted for the Nimzo Indian defence. The players kept the position balanced with hardly any interesting moments. The periodic exchange of pieces ensured that the resultant rook and four pawn each ending was heading nowhere for either and peace was signed on the 40th turn.

Anna Muzychuk unleashed the prehistoric Italian Greco gambit to against Harika Dronavalli on the second board. Harika played sensibly to complete development and quickly extinguished any white initiative. She had good chance for advantage in the ending but Anna found salvation in a pawn down opposite colour bishop ending and forced a split result on the 49th turn.

Vaishali R countered the Petroff Defence from Anna Ushenina with the Nimzowitsh attack but failed to gain any initiative. She slipped to a slightly inferior ending after simplifications and had to display good calculations and understanding of Rook endings to hold off Anna in a long ending. Tania Sachdev and Nataliya Buksa played out a Ruy Lopez which also failed to excite the followers The game petered out to a draw by repetition after multiple simplifying exchanges on the queenside.

Complete results for round 8 can be found at the official website for the Olympiad, https://chennai2022.fide.com/women-results.

Standings after round 8 can be found at
https://chennai2022.fide.com/women-standings