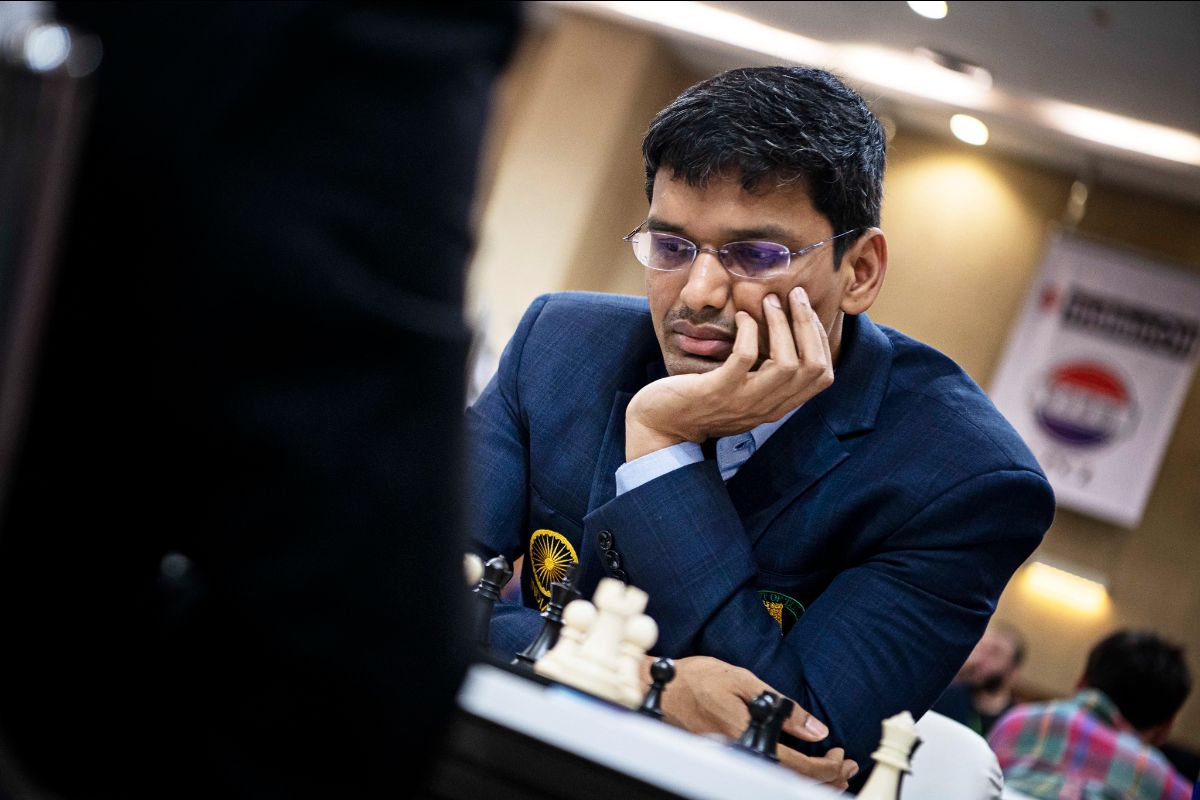 All the three Indian Teams ending on the winning side with Team A defeating Moldova with 3.5-0.5, Team B trouncing Estonia with a 4-0 score Team C edging out Mexico with a 2.5-1.5 score. Team A rested their top player Vidit Gujrathi for this encounter and Harikrishna who rested yesterday, started with a win. Sasikiran and S L Narayanan scored victories while Arjun Erigaisi was held to a draw by IM Andrei Macovei.

The Cynosure of all eyes was World Champion Magnus Carlsen, who manned the top board for the Norwegian team, playing in India for the first time since he was crowned Champion in 2013 by defeating Viswanathan Anand at Chennai. The World Champion faced the French Defense against Georg Meier of Uruguay, and the fans were treated to his usual grind lasting 80 moves, and his Team whitewashed Uruguay with a 4-0 score. Birthday boy Fabiano Caruana, a World Championship challenger, had to settle for a draw against Axel Bachmann of Paraguay.

Team B, a favourite of the enthusiasts, had D Gukesh, R Praggnanandhaa, B Adhiban and Raunak Sadhwani scoring victories, with Nihal Sarin taking a rest day.

Harikrishna found himself on the other side of his favourite English Opening scoring a victory after 39 moves. A spate of exchanges early in the game had the queens also being exchanged by the 19th turn. Harikrishna snared a bishop after the players reached an ending with bishops and knights.

Arjun and Andrei Macovel battled in the Berlin Defence of the Ruy-Lopez fritted into a draw after 45 moves with each left with a rook and knight even as Arjun was a pawn less.

Karthukeyan Murali played a fine game against the Sicilian Defence of Uriel Capo Vidal. He delayed castling, shattered his opponent’s castle and by the 21st move, his queen had infiltrated into enemy territory.. On the 34th turn, he won a knight, prompting his opponent’s resignation on the next.

Complete results for round 2 can be found at the official website for the Olympiad, https://chennai2022.fide.com/open-results.