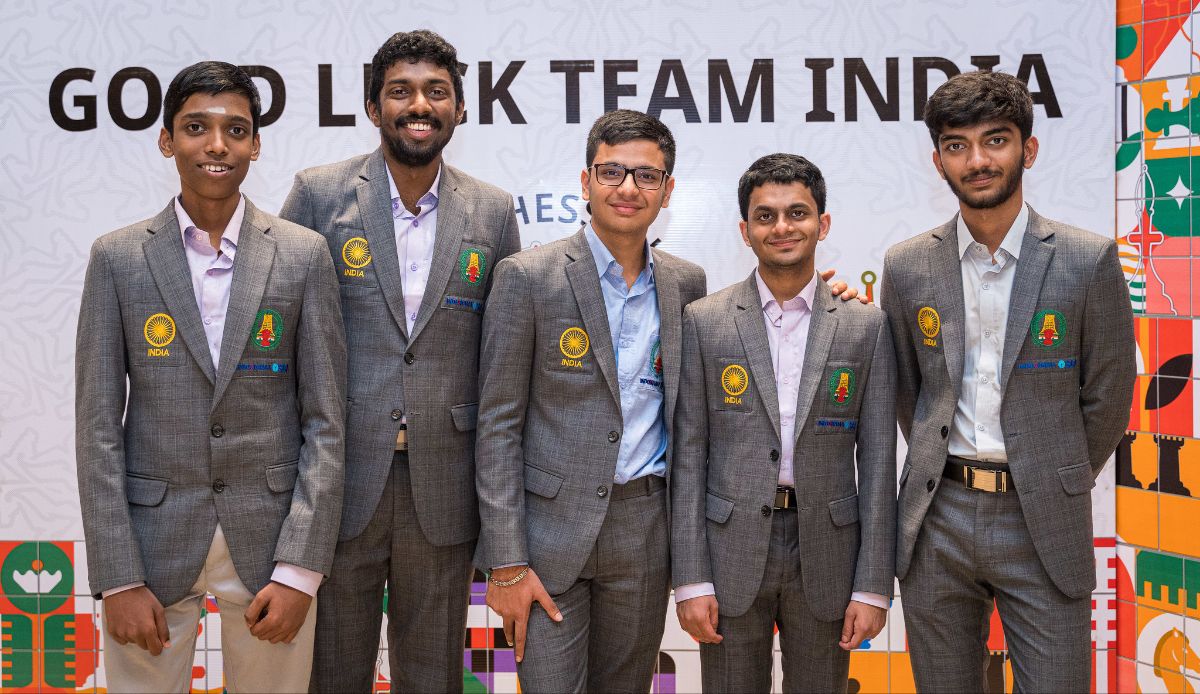 All three Indian Teams won their Matches in the third round of the 44th Chess Olympiad being played at Mamallapuram, Chennai. India A beat Greece with a 3-1 score, India B trounced Switzerland 4-0, and Team C defeated Iceland with a 3-1 score.

The highlight of today’s round was RameshBabu Praggnanandhaa playing for Team B, wriggling out of an inferior position, which appeared totally lost for the most part against Yannick Pelletier. The teenager, without giving up, continued to pose problems, making it difficult for his opponent to find a winning way. Pelletier, short on time, missed the way and ended on the losing side on the 67th turn.

Pragg appeared crestfallen despite winning a point, commenting, “I have played badly, and this point doesn’t give me any joy” I struggled throughout this game in a bad position, while his Captain R B Ramesh was more pragmatic, saying, “In any professional sport one has to be ready any type of position and situations.”

Harikrishna played a delightful game in a Catalan Opening against Dimitri Mastrovasilis, one which was replete with fireworks. Harikrishna was at his tactical best and launched an attack with a bishop sacrifice on the 24th turn. Black’s castle was ripped open, and a well-posted knight in enemy territory started creating problems for the black King, especially with the queen also joining the action. Harikrishna then offered the sacrifice of his second bishop on the 28th turn, which was promptly rejected.  However, with Harikrishna’s pieces swarming around the Black King, Dimitri decided to resign on the 29th turn. Harikrishna, happy with the proceedings, summed up: “ I gave a lot of thought before sacrificing the double bishops as I wanted to ensure my calculations were right and reckoned that if it didn’t work out in a checkmating position, I held sufficient advantage to walk towards victory.”

Complete results for round 3 can be found at the official website for the Olympiad, https://chennai2022.fide.com/open-results.

Standings after round 2 can be found at
https://chennai2022.fide.com/open-standings