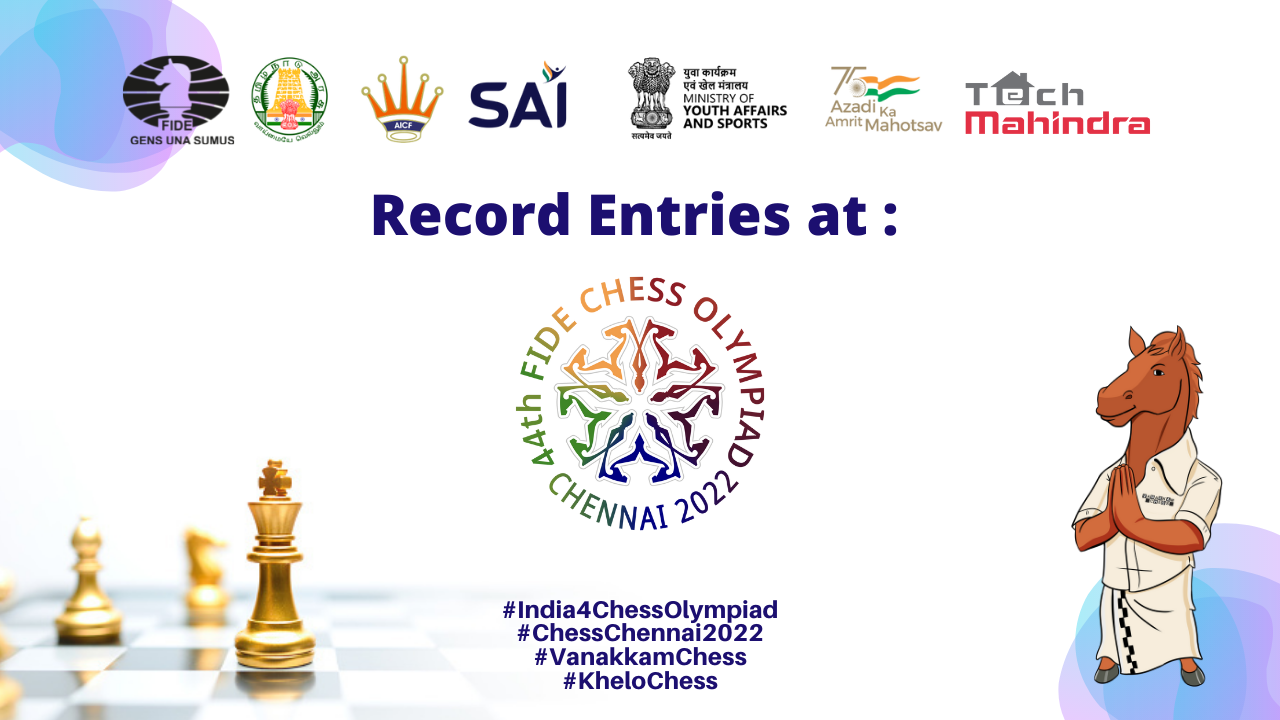 India is the birthplace of chess and has for long been understood to also be the future of chess.

Five-time world champion Viswanathan Anand is already a living great, the depth and breadth of their already world class young talent led by the likes of Arjun Erigaisi, D Gukesh, and R Praggnanandhaa, now also R Vaishali, are without comparison, and their current top men and women remain serious challengers for the highest individual and team titles.

Now with the hosting of the 44th World Chess Olympiad in Chennai, India is announcing that the future of chess is both now and here!

Within hours of the opening of preliminary registration, no less than a record 187 countries entered from the 200 FIDE (International Chess Federation) membership, a number is likely to grow further as the final deadline is the 27th of June 2022.

This current entry shows a total of 341 teams including 153 women teams.

Chess is the only sport where participation in its flagship event held every two years is supported by a travel subsidy and all facilities including accommodation is provided by the organisers, but this has always been a way to bring the entire chess family together no matter what their chess or socio-economic ranking is.

Even World Champion Magnus Carlsen will play, representing Norway, and so it is unfortunate that Russia and Belarus are unable to participate this year, and China, a top three chess power, has still not entered teams.

The FIDE Congress is always held together with a World Chess Olympiad, it is also an election year, and AICF is has put together a comprehensive program of pre, post, and parallel activities for participants and for both the general and chess playing public.

On record are many special Olympiads and there is no doubt Mahabalipuram will join the list of the very best.

Well, most will arrive at Chennai International Airport and then be brought 58 km to Mahabalipuram which is one of the most famous tourist destinations in Tamil Nadu State, to enjoy beach resorts in what is also a UNESCO world heritage site.