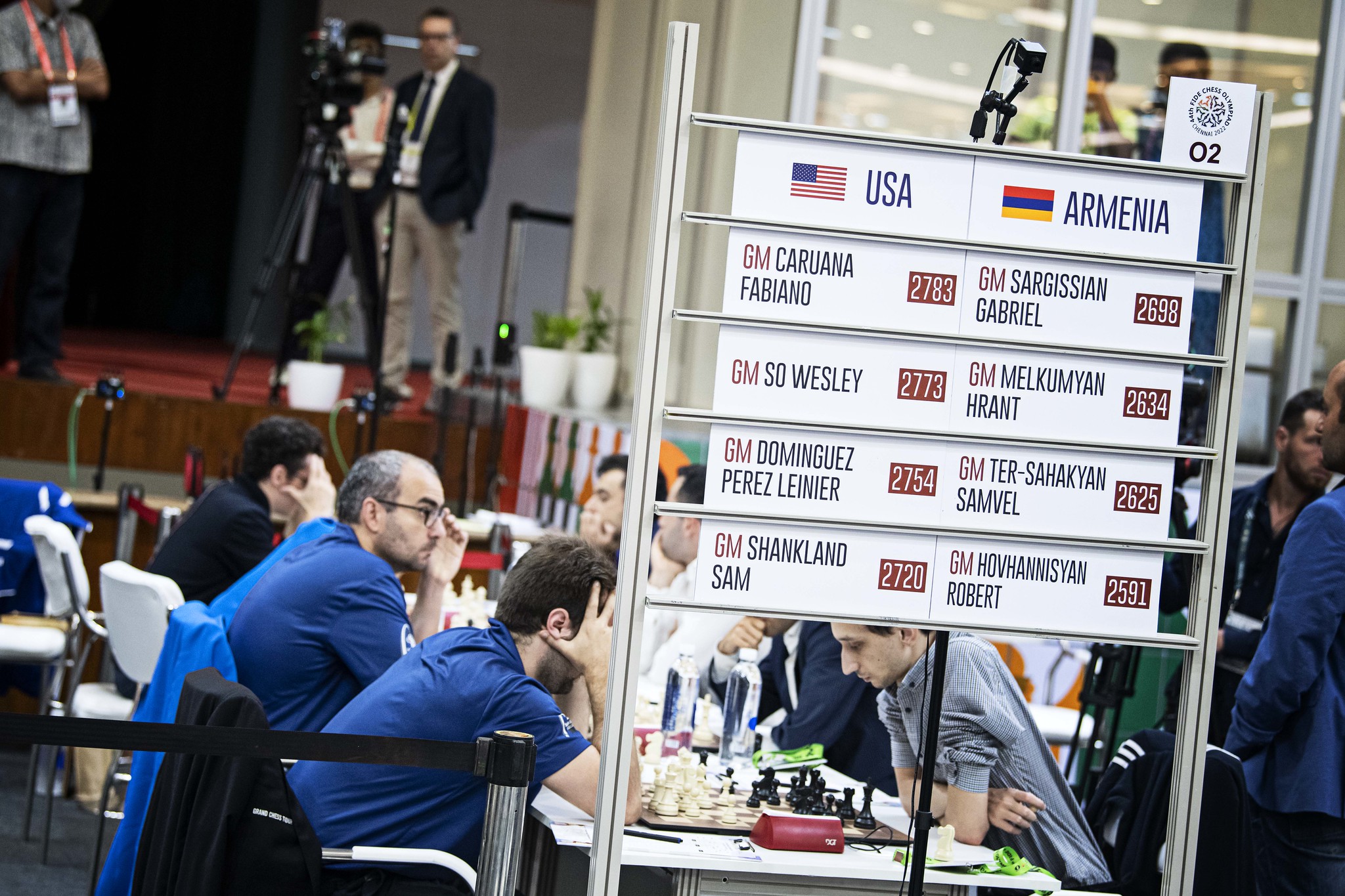 The USA today faced an in-form Armenia who have been playing above their level, and the final drawn of a 2-2 drawn match was probably a fair result.

Naturally, the main topic of discussion before the match was if Levon Aronian, a national icon who had led Armenia to three Olympiad golds but who had recently switched from Armenia to the USA, would be fielded. The American captain decided to bench him, despite the importance of the clash.

Once again, Fabiano Caruana started on board one for the USA, facing Gabriel Sargissian, who had the white pieces.

Despite having the black pieces, Caruana was always playing for the win even if white was never worse, and perhaps the decisive mistake came with 33…h5 when Sargissian was able to capture the a-pawn with tempo and then after 37…c4 simplified from a getting a huge advantage into a winning position.

Wesley So, who had earlier switched from the Philippines to the USA but who is now a citizen, in the absence of Aronian, moved up to board two against Hrant Melkumyan.

Wesly played simple chess to get a playable middlegame and an inexplicable bunder with 18… e4 by Melkumyan gave away a pawn and with 21 Nxf5, white chose to give up a piece to expose the King, then took another pawn before quickly wrapping up the game.

That meant Leinier Dominquez Perez and Sam Shankland were on boards three and four against Samvel Ter-Sahakyan and Robert Hovhannisyan, respectively.

As we have seen so often before, Dominguez simply outplayed his opponent to ensure the USA led 2-1. But a horrendous perhaps slip of the hand by Shankland in what should be a drawn position made the final score 2-2.

So it can be said that resting Aronian was perhaps not a factor in the final result.

Complete Round 7 results for the Open competition can be found at
https://chennai2022.fide.com/open-results

Standings after 7 rounds of the Open competition can be found at:
https://chennai2022.fide.com/open-standings 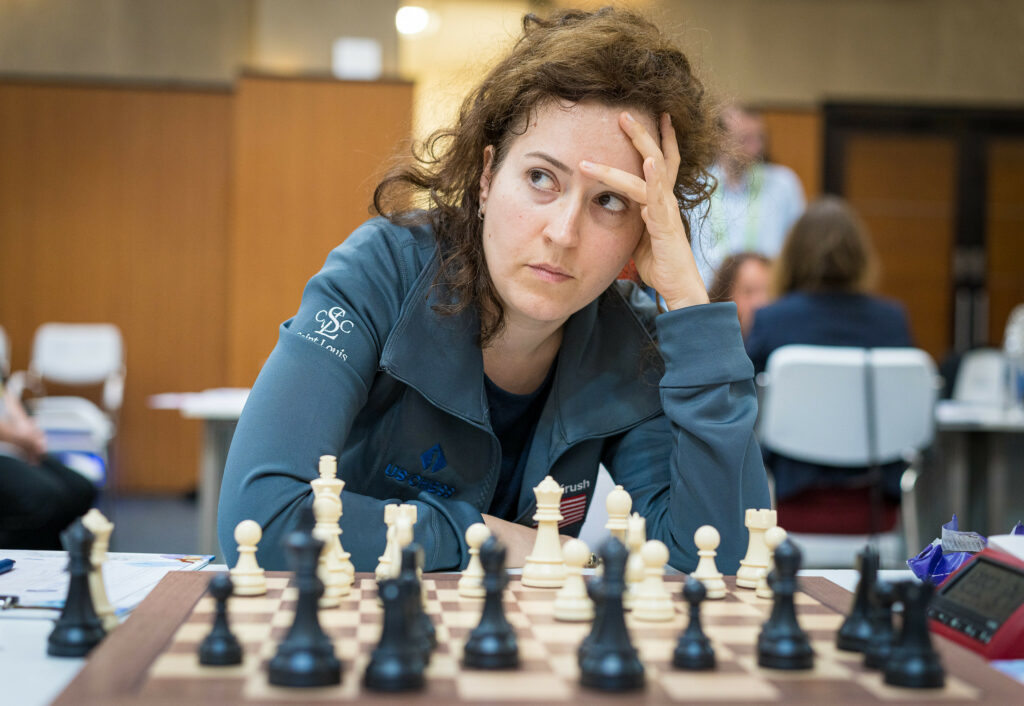 With four wins and two defeats, the USA women’s team needed a result today against an Argentina side which was just seeded 40th and in the end would have been happy with the 3.5-0.5 victory margin.

Gulrukhbegim Tokhirjonova was again on top board, Irina Krush on the second board, Anna Zatonskih on the third board and Tatev Abrahamyan on the fourth board.

The first game to finish was when Anapaola S. Borda Rodas in a winning position, perhaps for reasons best known to herself allowed Anna Zatonskih to have a perpetual check to draw the game.

It was then downhill as the USA won the remaining games where Tokhirjonova was too strong for Marisa Zuriel, Krush came out on top in a fighting game against Marie Jose Campos where there were material imbalances, and the use of the now not surprising Centre Game by Abrahamyan resulted in too strong an attack against Maria Belen Sarquis.

Complete Round 7 results for the Women’s competition can be found at
https://chennai2022.fide.com/open-results

Standings after 7 rounds of the Women’s competition can be found at:
https://chennai2022.fide.com/open-standings