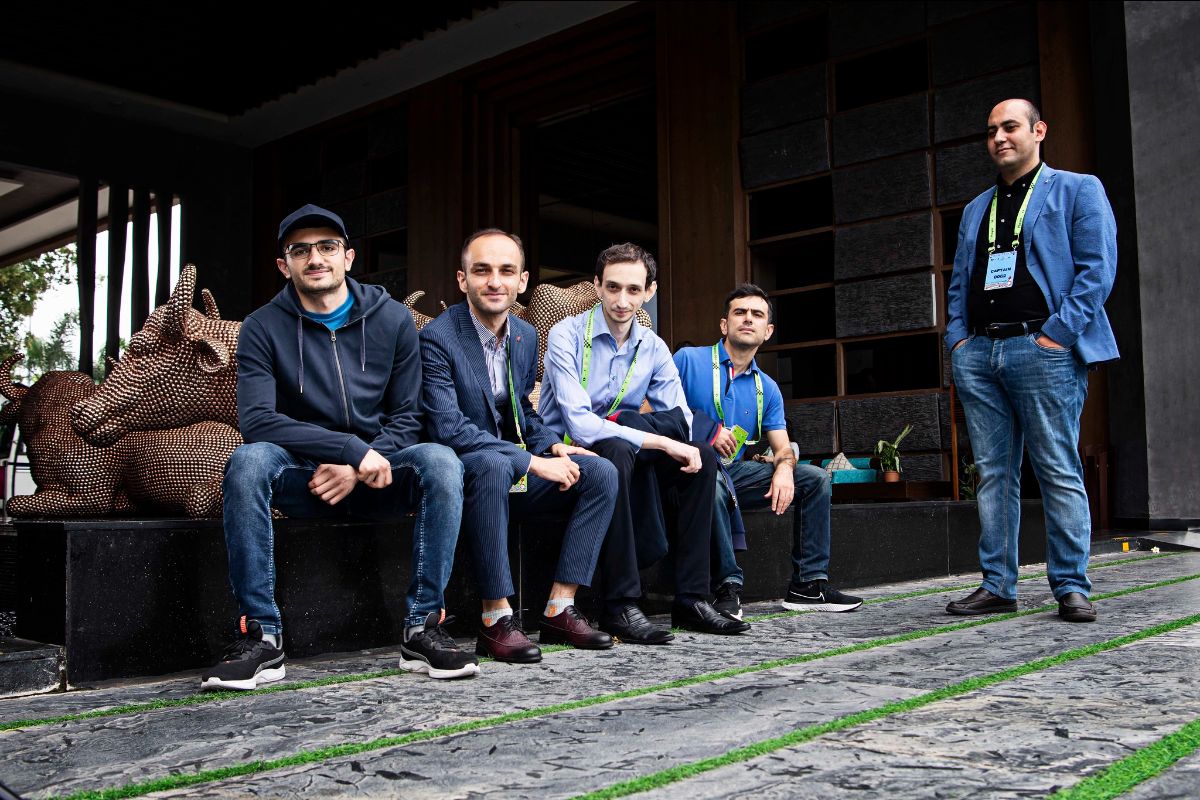 From the outside it’s always very difficult to speculate on what may be happening to the USA team, but it’s clear that they are not going through their best moment. Despite having the best team on paper by quite a margin, none of their players seem to be in great shape and Fabiano Caruana in particular is unrecognizable. 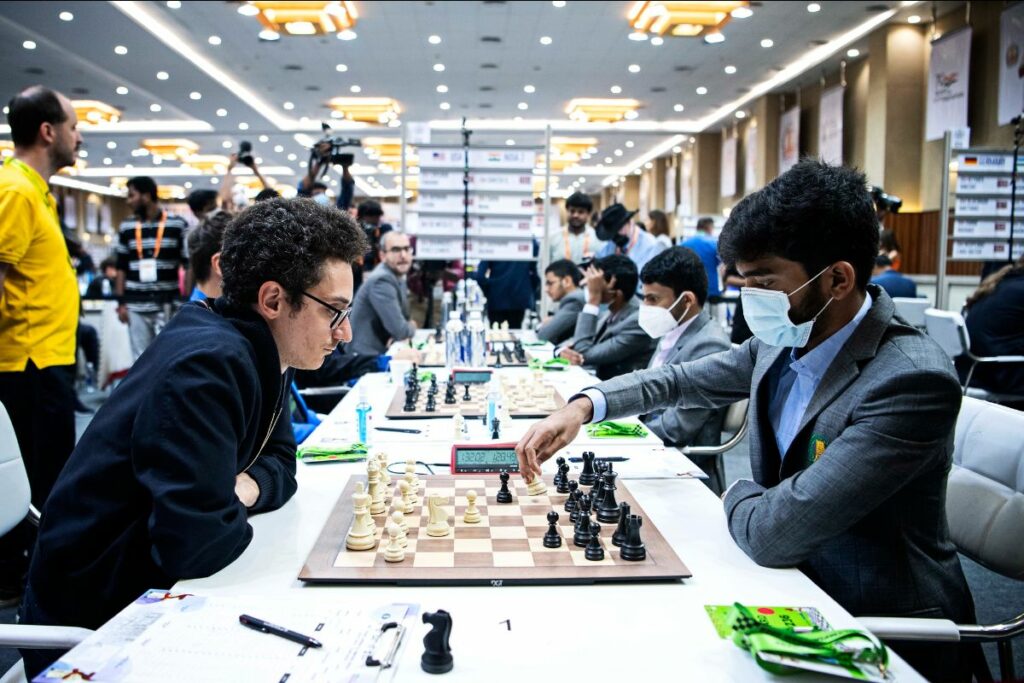 This afternoon they suffered a clear and resounding defeat against India’s B team by 3-1. Caruana and Dominguez lost against Gukesh and Sadhwani while the other two games ended in draws after very complicated play.

GM Noel Studer summed it nicely on social media minutes after the round ended:

Gukesh notched up his eighth victory in a row – with an impressive 3366 rating performance – and has overtaken Harikrishna Pentala on the live rating list, becoming India’s number two player behind Vishy Anand. It seems that the sky is the limit for the kid!

Although the game was mentally demanding, he still had enough energy to answer some questions in the media center, stating above all that “Fabiano is one of my favourite players and it was a pleasure to play against him”.

The round began with the ceremonial first move on Women’s Section number two match between Georgia and Armenia. We were honoured to receive the visit by Mr. Mikheil Chkhenkeli, Georgian Minister of Education, Science, Culture and Sport along with Mr. Archil Dzuliashvili, Georgia’s Indian Ambassador. 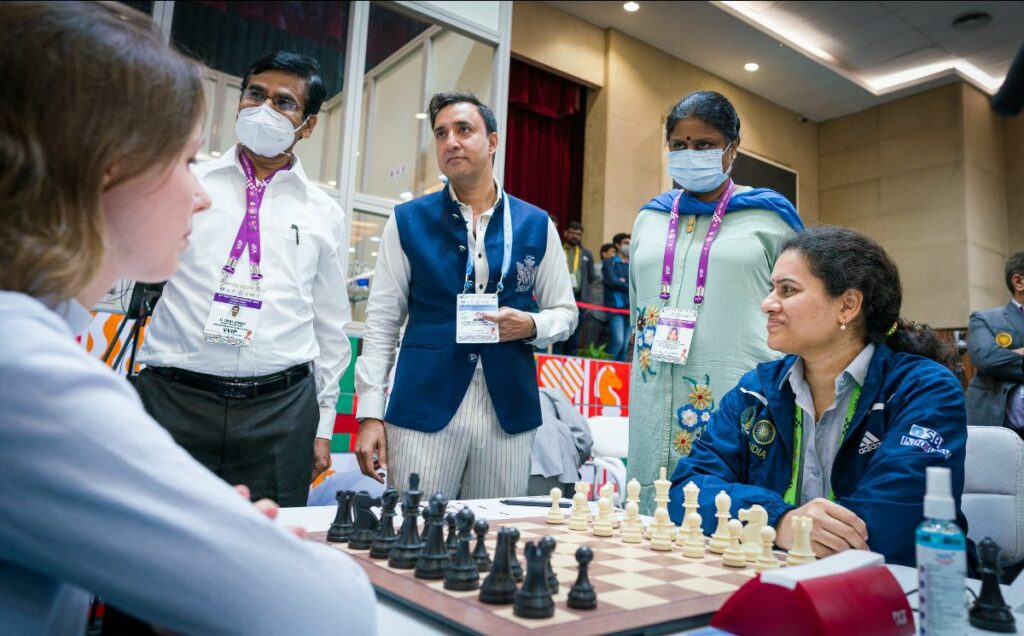 The ceremonial first move was made and Koneru’s board. PHOTO: Lennart Ootes

On the other Women’s match between India and Ukraine, Mr. Iraianbu IAS, Chief Secretary of Tamil Nadu, played the first move.

In the other main match of the day, Armenia made a huge step towards the medal by defeating India A by the slightest of margins. Three of the games were drawn but Sargissian was able to convert a small edge in the ending against Harikrishna on board one.

All the Armenian players are overperforming – first board Sargissian is on a roll – but reserve player Robert Hovhannisyan is smashing the winning button on board four with an undefeated score of 6.5/8. 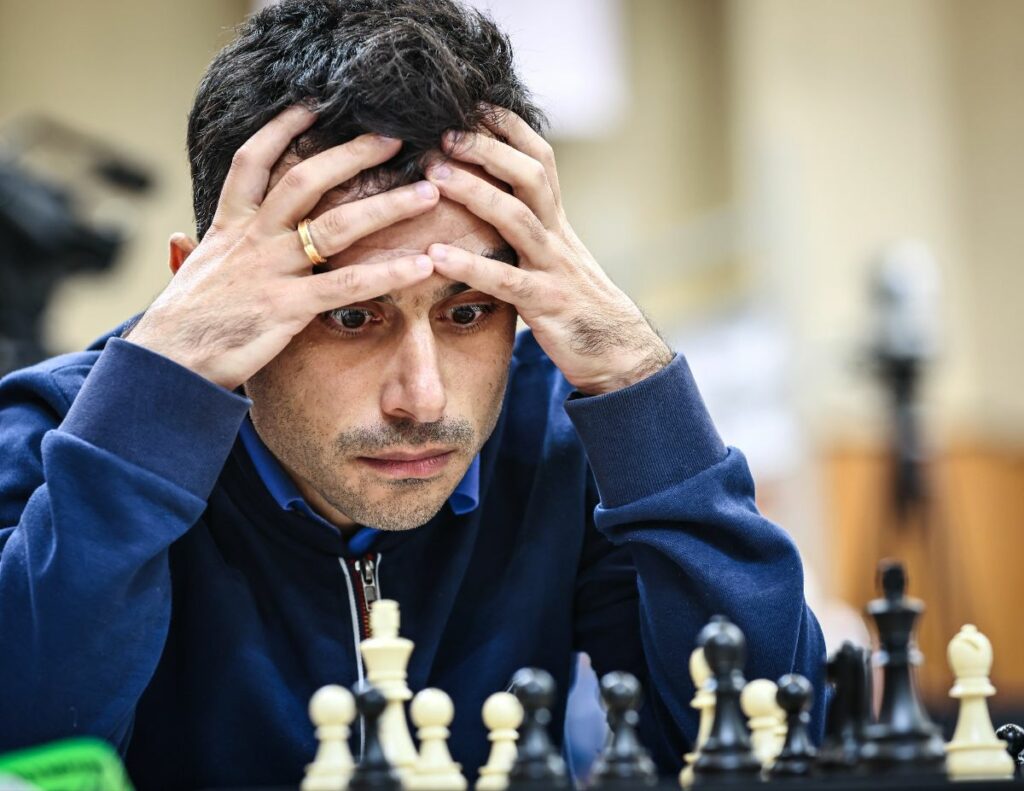 After eight of the eleven scheduled rounds, Armenia is leading the open section of the Olympiad with 15 points, followed very closely by India B with 14 points. Also, on 14 points are another teenager team, Uzbekistan, who closed the gap this afternoon by defeating Germany by 2.5-1.5, a tremendous result for the young team coached by seasoned GM Ivan Sokolov.

The match was heavily contested on all four boards, but the Uzbek team pulled ahead on board two when Yakubboev defeated Bluebaum. The other three games were tied.

Azerbaijan and the Netherlands are the other two teams that, along with Iran, are inching closer to the top of the table with the aim of fighting for the medals in the later rounds.

The team led by Shakhriyar Mamedyarov – who rested today – got rid of Kazakhstan by the minimum result. Iran defeated France by the same result, while the Netherlands took down Hungary convincingly with victories by Giri and Warmerdam.

Born in 2000, the young dutchman has gained more than 100 rating points since the pandemic and is in top form in Chennai. He was kind enough to answer some questions in a short postgame interview, offering some great insight on how they prepare the matches – a team effort.

On a positive note, Jergus Pechac received this afternoon the 2021 Gligoric Trophy in recognition of his exemplary behaviour and fair play spirit. The Slovak GM offered a draw to Boris Gelfand after the latter had erred due to a mouse slip, during the European Qualification Tournament, held in hybrid format. 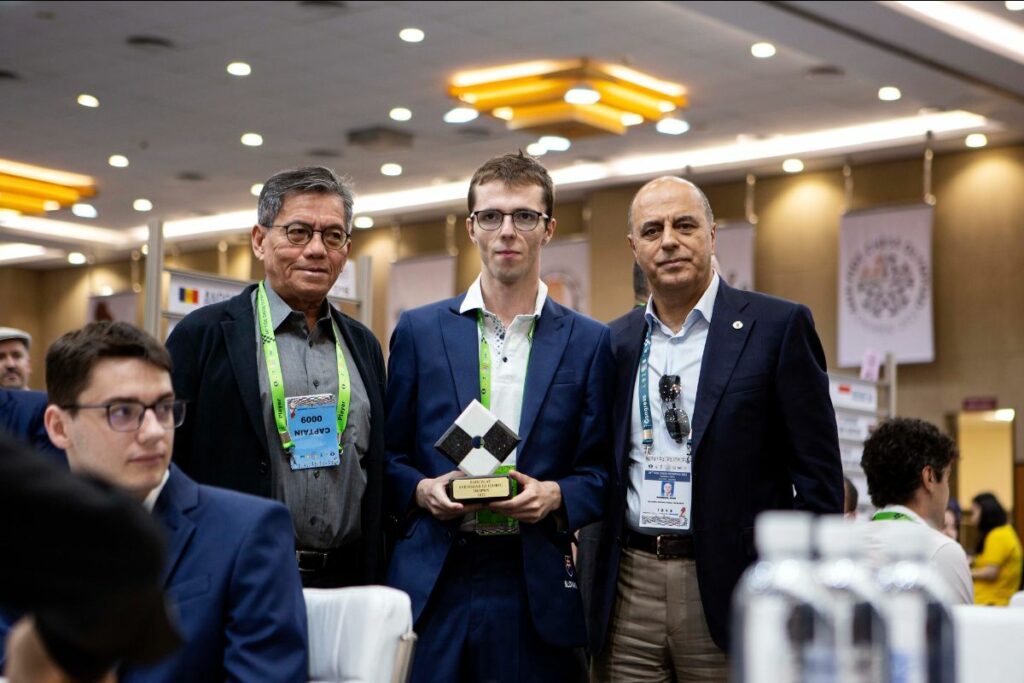 FIDE Vice President Mahir Mamedov and GM Eugene Torre, who chaired the Award Commission together with Judit Polgar, awarded Jerguš before the start of the 8th round. Visibly pleased with the award, Pechac also held World Champion Magnus Carlsen to a draw: a fine afternoon for the Slovac.

Games begin at 3pm local time and can be followed live on the tournament website, http://chennai2022.fide.com

Complete results for round 8 can be found at the official website for the Olympiad, https://chennai2022.fide.com/open-results

Standings after round 8 can be found at
https://chennai2022.fide.com/open-standings